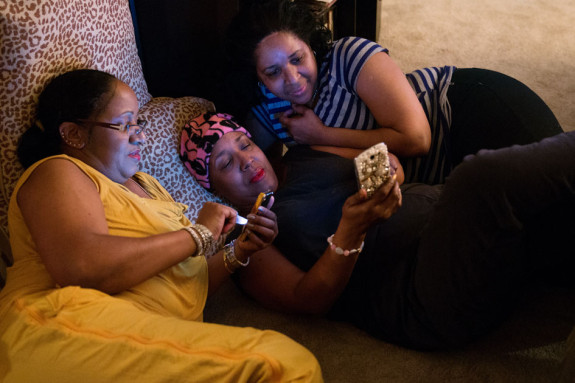 MEMPHIS — After her doctor told her two months ago that she had breast cancer, Debrah Reid, a 58-year-old dance teacher, drove straight to a funeral home. She began planning a burial with the funeral director and his wife, even requesting a pink coffin.

Sensing something was amiss, the funeral director, Edmund Ford, paused. “Who is this for?” he asked. Ms. Reid replied quietly, “It’s for me.”

Aghast, Mr. Ford’s wife, Myrna, quickly put a stop to the purchase. “Get on out of here,” she said, urging Ms. Reid to return to her doctor and seek treatment. Despondent, Ms. Reid instead headed to her church to talk to her pastor.

“I was just going to sit down and die,” she says.

Like many other African-American women in Memphis and around the country, Ms. Reid learned about her breast cancer after it had already reached an advanced stage, making it difficult to treat and reducing her odds of survival. Her story reflects one of the most troubling disparities in American health care. Despite 20 years of pink ribbon awareness campaigns and numerous advances in medical treatment that have sharply improved survival rates for women with breast cancer in the United States, the vast majority of those gains have largely bypassed black women.